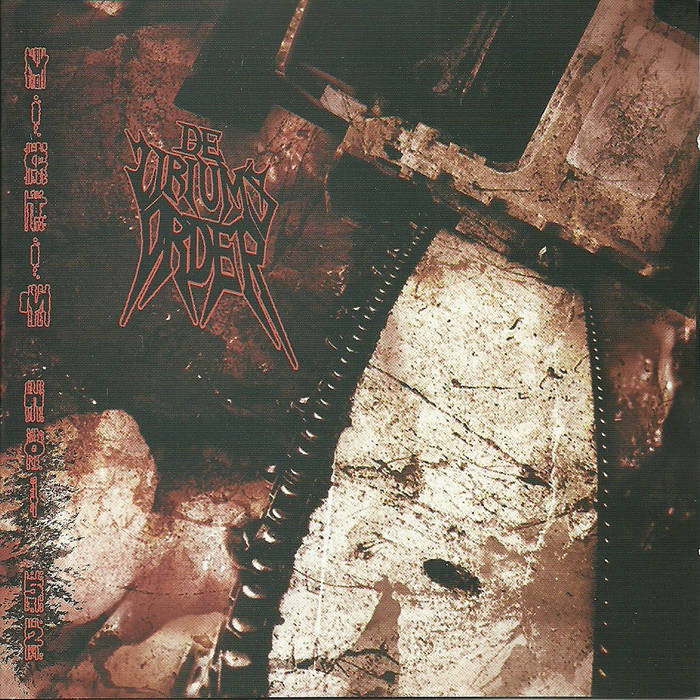 Years 1998 - 2002
Juha Kupiainen and his friends formed a band called Adraman in Kuopio, Finland, in 1998 to create melodic black metal. Adraman released one demo tape in 1999 called "Sidottuna Ikuisuuteen". After this, Kupiainen continued to compose a dozen of new songs which were never released.

In 2000, the name was changed to Absolute Delirium, which the band used to play one gig with Thyrane and Trollheim's Grott.

In 2001, after several line-up stages in the band's pre-DLO-era, Kupiainen and drummer E.R. Insane saw a new member joining the band, and who was given a stage name 'Dr. Lirium'. The new lineup started to rehearse new songs, and the work resulted in self financed CD, "Termination in Surreal", featuring eleven tracks of metal music with the 'original flavor'. The CD was released in 2002, and when the covers for the CD were pending for the bands name, Kupiainen chose the name "De Lirium's Order" to be printed on the cover.

"Termination in Surreal" was not promoted widely, but it was praised in many reviews. In retrospective, the CD is an experimental step in the band's growth process. Some trivia: On this release, Kupiainen featured a Fender Stratocaster with scalloped fretboard and HS3's to create far-too-long pompous solos with Yngwie Malmsteen solo sound. The vocals were handled by Kupiainen and some of the lyrics were sung in Finnish language. Those were the days...

In 2003, De Lirium's Order took a step ahead with their four-track demo-CD called "Morbid Brains". The band decided to make a bit more aggressive approach to the music and took the bearing step towards death metal, the component that has been present in the band's music ever since. The demo won a competition held by the leading Finnish metal music portal Imperiumi. One thing lead to another, and the band signed a record deal with Woodcut Records.

In 2003 the band entered Tico-Tico Studio in a northern city of Kemi, Finland, to record the debut album "Victim No. 52". The vocals on the album were performed by Corpse (now Deathchain). Another member of Deathchain, Kuolio, wrote the lyrics and performed them on an experimental song "Pathologist's Perverse Fantasies".

"Victim No. 52" was released 2004 by Woodcut Records. The album received praising response from critics and fans of death metal worldwide, and some considered the album to be even 'the death metal album of the year'. However, during the the hype the band agreed with Corpse that whe would not continue as the singer as his other projects were occupying most of his time.

Bandcamp Daily  your guide to the world of Bandcamp

outré black metal, with a Victory Over the Sun interview and music from Liturgy and Jute Gyte.